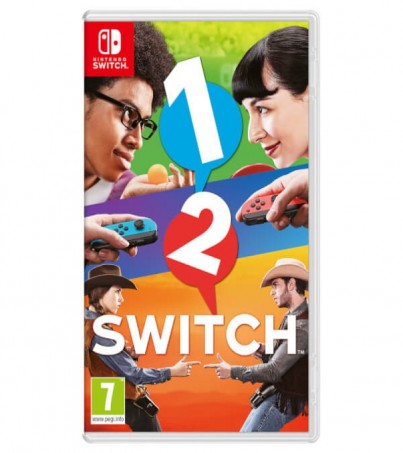 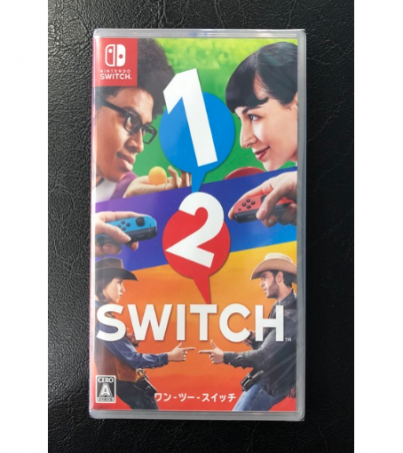 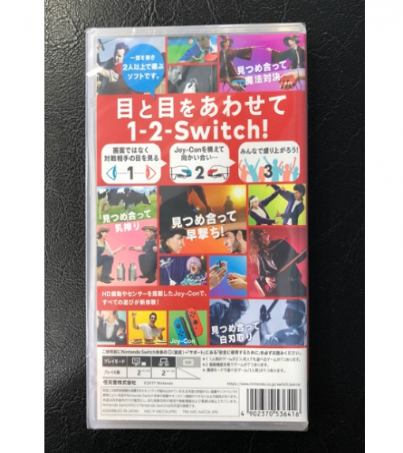 Face each other and 1-2-Switch!

Look at your opponent, not the screen!

Detach the Joy-Con from the console, hand one to your opponent and bam! It's game time!

Anyone can play 1-2-Switch! Just lock eyes with your opponent and get ready to discover the many new functions of the Joy-Con, including HD rumble and advanced motion sensors.

Team Battle is a special play mode in which victory in a 1-2-Switch game pushes you along a game board towards your goal. After spinning to see which game you'll play, both teams face off. The winning team moves forward on the game board. A great game mode for a competitive two-player experience, or for two larger teams to go head to head. Team Battle fires up the competition to get the party started.

From Wild West gunslinging to copying each other's dance moves, the games in 1-2-Switch make creative use of a broad variety of Nintendo Switch features to liven up parties with anyone, anywhere, at any time.

Here are just some of the mini-games you can enjoy...

The fastest hand wins. Stare down your opponent and fire on command, then watch the virtual bullets' trajectories on the screen and see who fired first.

Stop a sword in its tracks with nothing but your bare hands. Use your Joy-Con to bring down a samurai sword on your opponent as they try to "catch" the sword between their two hands..

Um… where’s the ball? Listen and feel for cues as you and your opponent swing, slam, and lob an imaginary ping-pong ball across an imaginary table.

Twist the Joy-Con. The HD Rumble feature produces a different kind of vibration as you hit each number from the combination.

Chomp at (but not on) the Joy-Con as the IR Motion Camera feature tracks how many imaginary sandwiches you can eat before time runs out.

You missed a spot. Run your Joy-Con over the contours of your face to "shave" off your beard. The player who shaves off the most wins!