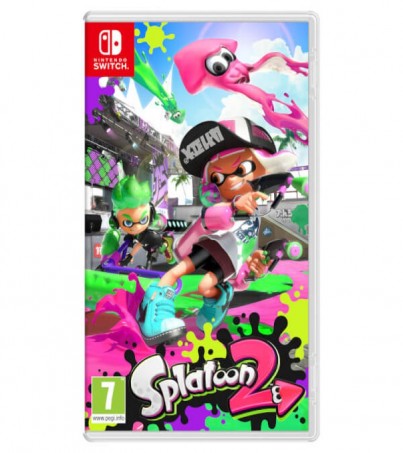 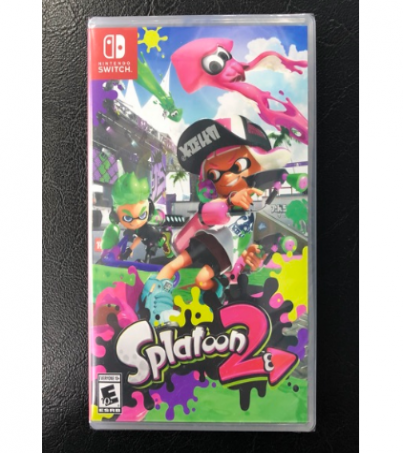 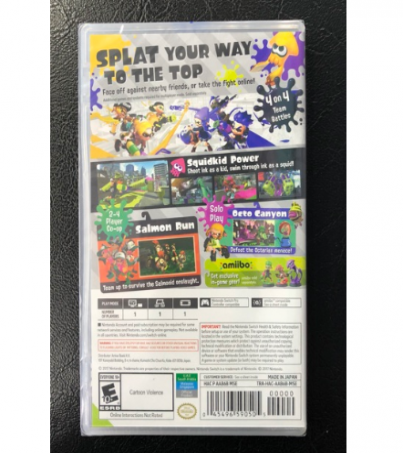 Get hyped for the sequel to the hit game about splatting ink and claiming turf, as the squid-like Inklings return in a colourful and chaotic 4 vs. 4 action shooter. Two years have passed since the release of Splatoon, and two years have also passed in the game world, leading to an evolution in fashion trends and new styles of weapons and gear. Staying fresh never looked so good.

Ink-splatting action is back and fresher than ever!

Iconic 4 vs. 4 Turf War battles return. The goal is to splat ink on as much territory as possible, while strategically submerging yourself in your team's colours and blasting your enemies. Some familiar characters return under different circumstances, and new characters are introduced as well. Similar to Splatoon for Wii U, updates will roll out post-launch, adding new content.

New dual-wielding Splat Dualies join the action, complete with a new Dodge Roll move. Mainstays like the Splat Roller and Splat Charger have also been remixed to include new gameplay mechanics and brand-new special weapons. Play using the Joy-Con controllers or the Nintendo Switch Pro Controller, both of which allow for gyro controls for better aiming and control.

In a first for the series, compete in local multiplayer Turf War battles, whether in TV mode or on-the-go in handheld or tabletop modes. You can also compete in frenetic online matches just like before.* An upcoming smart-phone application for the Nintendo Switch system will enhance matchmaking and allow for voice chat options.

Salmon Run, a new four-player co-op mode has arrived to Splatoon 2! By teaming up with friends, players can take on a part-time job battling the new Salmonid species, which the Squid Research Lab reports might even be more lethal than the Octarians! When players fall in co-op mode, teammates can revive them by inking them on the battlefield.

New stages are on the way

Four new stages will be rolling out in the coming weeks, starting with MakoMart – out now!

MakoMart is a huge supermarket that sells all its products in bulk. Inklings usually go shopping there with their teammates to buy massive hauls and divide it up later. Pretty thrifty!

Another brand new stage called Shellendorf Institute, and two returning fan favourites, Walleye Warehouse and Arowana Mall, will also be released soon. We’ll follow up with a full report on these stages once we have more intel.

Judging from our calculations, 140 pieces of gear have been added since launch! This includes clothes, shoes, headgear (like a motocross mask), additional winter clothing (perfect for the cold weather!) and returning items from the original Splatoon.